If you frequent this here premier “web log,” there’s a good chance you may once or twice have read the New York Times op-ed page. You might even recognize the names of the columnists, who every day spout the most conventionally wise of the conventional wisdom. This is a feature that is dedicated to these folks, highlighting a line that is either funny, ridiculous, strange, accidentally intelligent or well-written.

Everybody’s been talking about David Brooks’s column today, “I Miss Barack Obama,” in which he concludes:

Obama radiates an ethos of integrity, humanity, good manners and elegance that I’m beginning to miss, and that I suspect we will all miss a bit, regardless of who replaces him.

Hey, David Brooks, thank you for finally noticing in the ninth inning of his presidency that the president seems like a pretty good guy.

Donald Trump repeated an audience member at a rally and called Sen. Ted Cruz a “pussy.”

When we’re finally done talking about how Sen. Marco Rubio repeats himself (although this is a good one), let’s remember that this was dumbest thing written about it.

On the other hand, Jeet Heer with a good piece on Gov. Jeb Bush.

The United Nations fears for the lives of hundreds of thousands of people if Syrian government troops successfully surround Aleppo.

Texas was once again denied a request to ban Syrian refugees from being settled in the state.

The Obama administration is set to release its final budget proposal tomorrow.

A slump in Asian markets led to a drop in European bank stocks Tuesday morning. Japanese bond yields dropped into negative territory for the first time. German Finance Minister Wolfgang Schaeuble offered “no concerns” regarding the health of Deutsche Bank.

Ta-Nehisi Coates on the enduring solidarity of whiteness.

Chinese soccer clubs are now spending huge for foreign talent, often at the heights of their careers.

Here’s the end of the week.

Unemployment in the U.S. is finally under 5%, but drop occurred in a tepid month for job growth.

Woman crashes her own funeral, surprising her husband who, er, had paid to have her killed.

Lawyers really do drink a lot.

Which U.S. state is the least religious?

Guy falls asleep at work, Internet takes it from there. 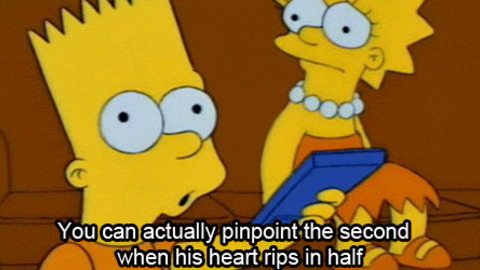 Just went off on a Twitter ramble, so thought perhaps this should be kept for the record.

Governors tend to do better in presidential elections than holders of other offices. Prior to President Obama, four of our past five presidents have been former governors (and the other was a former vice president).

Yet, for all the riches this race has in (or previously in) the governor’s mansion, they’ve all done terribly. On the Republican side, you have Christie, Kasich, Walker, Bush, Perry, Gilmore, Huckabee, Jindal and Pataki. They basically have combined for a fifth place at best, depending on which debate happened most recently. On the Democratic side, you have O’Malley (the other real story is how he never caught fire) and Chafee, and while I can’t tell why Block O’Granite decided to run, they have combined for a total of nothing.

Yet, four of the five realistic potential major party nominees are senators or former senators. In 2008, we noticed a race in which no matter who won, he would be the first senator elected president since John F. Kennedy. That was weird!

And yet, nobody is noticing it happening again. Have we reached a weird change in our politics where the office most likely to get you elected president changed? In the early days of our republic, that office was secretary of state; that hasn’t happened basically since then. But the 20th century was punctuated by the gospel that governors make great presidents, even if you can’t see Russia from your house. Jimmy Carter, Ronald Reagan, Bill Clinton, George W. Bush: it seemed like a streak that wouldn’t end and a tradition that would settle for another century.

It could be that governors are no longer cromulent candidates. That’s a huge story. Nobody except us has said it yet.

Today is Iowa caucuses day, a day where old, white people with nothing better to do get together to yell at each other and eventually settle on historically meaningless results. Here’s a pretty good description of how they work. Or, if you’re looking for an English perspective, here’s how the caucuses are like Leicester City. One of the most accurate polls released Saturday predicts victories for Donald Trump and Hillary Clinton. If Trump and Sanders win, will they be the nominees?

A suicide bomb attack in Kabul killed 10 people and injured 20 Monday morning, most of whom were civilians. The Taliban claimed responsibility for the attack.

Myanmar on Monday swore in its first (mostly) democratically elected parliament since the army took over the country in 1962.

The Obama administration has widened the fight against Islamic State militants into Afghanistan, having carried out at least a dozen operations the past three weeks.

Bomb attacks on oil pipelines in Nigeria have caused a massive oil spill.

Police in Sweden foiled a planned attack on migrants in Stockholm.

Norway is disarming its police forces one year after arming them following a raised terrorism threat.

Fethullah Gulen, a reclusive Turkish cleric who is accused of plotting to overthrow the secular Turkish government, lives up in the Poconos in Pennsylvania.

The Republican candidates moderating on addiction.