Happy CPAC, everybody! It’s time for us to close out. Have some things to read:

Maybe instead of trying to get money out of Congress, we can make Congress better able to resist it? I’m skeptical, but it’s a good piece.

Secretary of State John Kerry, throwing shade. I kind of like it.

In 2013, measles killed more kids than car accidents or AIDS.

An oral history of the creation and evolution of “Parks and Recreation.” (RIP)

The NCAA is a dick.

Let’s just note that when this came out in 1992, this video was super high-tech and nobody really knew who Busta Rhymes was.

European Union and IMF leaders have come to an agreement with Greece on extending the bailout program for another four months with revised terms to lessen some of the harsh austerity measures pushed on the Greek government.

The long awaited ceasefire in Ukraine, which was supposed to be in effect ten days ago, finally seems to be taking hold as the army reports no fatalities for the first time in weeks.

The Democratic Republic of Congo has launched an offensive against rebel Rwandan Hutus after the rebels failed to meet a deadline to disarm.

Senate Majority Leader Mitch McConnell said that the Senate was close to a deal on funding DHS, but the House may be unlikely to follow suit.

Sea levels on the northeast coast of the U.S. rose by a record amount between 2009-10. Study shows that climate change deniers are not ignorant, they’re partisan.

The Federal Communications Commission is likely to pass rules on Thursday to treat the Internet like a public utility, despite Republican opposition.

Stocks near all-time high as Fed signals that it won’t raise interest rates just yet.

Jamaica has moved to decriminalize small amounts of marijuana.

Entire Hungarian village (and office of deputy mayor) up for rent.

FIFA is a dick.

If you frequent this here premier “web log,” there’s a good chance you may once or twice have read the New York Times op-ed page. You might even recognize the names of the columnists, who every day spout the most conventionally wise of the conventional wisdom. This is a feature that is dedicated to these folks, highlighting one line that is either funny, ridiculous, strange, or actually intelligent or well-written.

Today’s is from David Brooks, who in his column today, “The Hamilton Experience,” writes these words:

Like the quintessential contemporary rappers, Alexander Hamilton was a poor immigrant kid from a broken home, feverish to rise and broadcast his voice.

Greece submitted plans for economic reform to European Union members and and the IMF on Monday with hopes of extending its bailout plan while alleviating some level of harsh austerity measures imposed in return for budget assistance.

According to leaked cable messages, in 2010 Israeli Mossad obtained stolen anti-tank missile technology from South Africa, South Africa asked for them back, and South African intelligence covered up the episode.

Republican-led Congress is still unable to pass a funding bill for the Department of Homeland Security. What happens if funding is not passed before the Friday deadline.

Congress is sending the Keystone XL pipeline bill to the president Tuesday. The president will probably veto it.

Alaska becomes the third state to allow recreational marijuana use and possession on Tuesday.

Drug maker Merck announced Tuesday that it will grant free license to other drug makers to produce its pediatric AIDS medication raltegravir at low cost for children in 92 poor countries. In the U.S., the drug costs $1,350 per month.

Rep. Aaron Shock (R-Ill.), who is already the subject of an ethics inquiry, has allegedly spent taxpayer and campaign funds on expensive air flights and concert tickets.

The new jobs are increasingly in city centers.

Turns out that rats may not have been responsible for the Black Plague, but rather gerbils.

Finally, area lawmaker has no idea how women’s bodies work.

Look, we love Sleater-Kinney and we love Bob’s Burgers, so of course we’re going to suggest you enjoy them together.

Homeland Security Secretary Jeh Johnson warned that if a new budget for DHS is not passed by Congress, the shutdown of his department may harm states’ response to threats and weather events.

What the Homeland Security funding battle tells us about the power of the presidency and Congress.

Ukrainian officials say they have not been able to withdraw heavy war equipment like they promised because rebels were still attacking.

Police in the Maldives have arrested former president Mohamed Nasheed on terrorism charges. Nasheed was the Maldives’s first democratically elected president before being forced out of office in a coup.

Labor Secretary Tom Perez helped negotiate an end to a standoff between the Pacific Maritime Associations and the International Longshore and Warehouse Union.

A plunge in grain prices has led many tenant farmers in the U.S. Midwest to breach lease contracts.

Cable channels are actually speeding up shows to fit in more commercials.

Finally, North Korea has banned foreigners from coming to the Pyongyang marathon over Ebola fears. Ukrainian troops are withdrawing from Debaltseve, a strategically important transportation hub between rebel strongholds Donetsk and Luhansk, in a major defeat.

Greece will submit a loan request to the euro zone Wednesday in an attempt to extend the current agreement for six more months while sidestepping heavy austerity measures, a move that Germany is against.

There were over 10,000 civilian casualties in Afghanistan in 2014, the highest number since the U.N. started keeping track in 2009.

We mentioned it yesterday, but again, you should read this.

Labor Secretary Thomas Perez joined negotiations between the Pacific Maritime Association, which represents shipping companies, and the International Longshore and Warehouse Association, a union that represents dock workers, a dispute that is holding up imports and exports along the West coast.

U.S. wholesale prices dropped .8 percent in January, the largest drop since the government changed the way it tallied prices in 2009, driven down by lowered oil prices.

Alabama Governor Robert Bentley apologized to Indian government after a police officer used excessive force against an Indian man, Sureshbhai Patel, who was left partially paralyzed after being thrown him to the ground.

What’s Hillary Clinton up to? Her uncontested nomination is not good for her or the party.

What life is like after after a minimum wage increase.

How the Affordable Care Act is transforming the job market (hint: it’s good).

Scientists have figured out why pot gives you (okay, not you, a friend) the munchies.

Yeah, Boston has gotten a lot of snow this month,

Finally, man pretends to be twin brother to get out of traffic tickets. 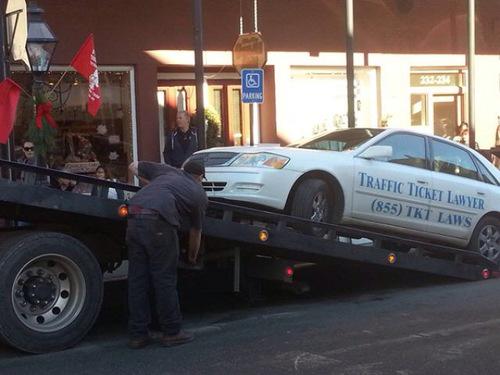 A state of emergency was declared last night after a train carrying shale oil derailed and exploded in West Virginia.

A local police chief says that Islamic State militants burned 45 people to death in the western Iraqi town of al-Baghdadi.

Egypt launched airstrikes against Islamic State militants in Libya Monday after militants beheaded a group of 21 Egyptian Christians. Egyptian President Abdel-Fattah el-Sissi on Tuesday called for a U.N. coalition to intervene in Libya.

Read this: What ISIS Really Wants.

Despite the ceasefire, separatist rebels in eastern Ukraine claim to have taken the strategically important town of Debaltseve, a rail hub that links by train the breakaway regions of Donetsk and Luhansk.

The Obama administration is expanding the Center for Strategic Counterterrorism Communications, a tiny office in the State Department, to counter the Islamic State’s message.

Southeast Brazil is experiencing its worst drought in a century, and as a result, it’s largest city, São Paulo, is almost out of water.

Inflation in the U.K. dropped to .3 percent, the lowest level on record.

A German court has charged a 93-year-old with 170,000 counts of accessory to murder for allegedly serving as an SS officer at Auschwitz.

How and why Republicans think they can kill unions.

A number of Republican-led states are considering tax changes that would raise taxes on the poor and lower them for the rich.

Despite taking the majority in both houses, Republicans find themselves unable to get Congress working.

Income inequality has not actually risen since the financial crisis.

Tax rates and economic performance don’t so much correlate.

I’ve been saying this for awhile, so of course I agree.

At this point, I’m not even sure it’s LOLBoston anymore.